Create an Account - Increase your productivity, customize your experience, and engage in information you care about.

October 18, 2021 is the next Municipal General Election.
Municipal Elections are held every four years at which time residents elect one (1) Mayor and six (6) Councillors to a four year term. In High Level, Council members are elected at-large, which means the Mayor and Councillors represent the entire population rather than a geographical ward.

The Local Authorities Election Act (LAEA) governs the nomination, voting, and election process. To view a copy of the Act, click here.

The Senate Election and the Referendum Vote are being held in conjunction with the local elections on October 18, 2021.

Senate Election
The Order in Council and Writ of Election for the 2021 Alberta Senate Election was issued on June 23, 2021, to hold an election to select 3 Senate nominees who may be summoned to the Senate of Canada, to fill a vacancy or vacancies relating to Alberta.

To access information regarding the Senate Election Act, view it here.

Referendum
Albertans are being asked two questions in the referendum vote on October 18, 2021. Both referendum questions allow for a ‘yes’ vote or a ‘no’ vote and are binding on the provincial government, based on the majority of votes cast.

Question 1: Equalization
Should section 36(2) of the Constitution Act, 1982 – Parliament and the government of Canada’s commitment to the principle of making
equalization payments – be removed from the constitution?

For more information on the Referendum, visit Election's Alberta here.

You may vote in the Municipal Election, the Senate Election, and Referendum if you are: 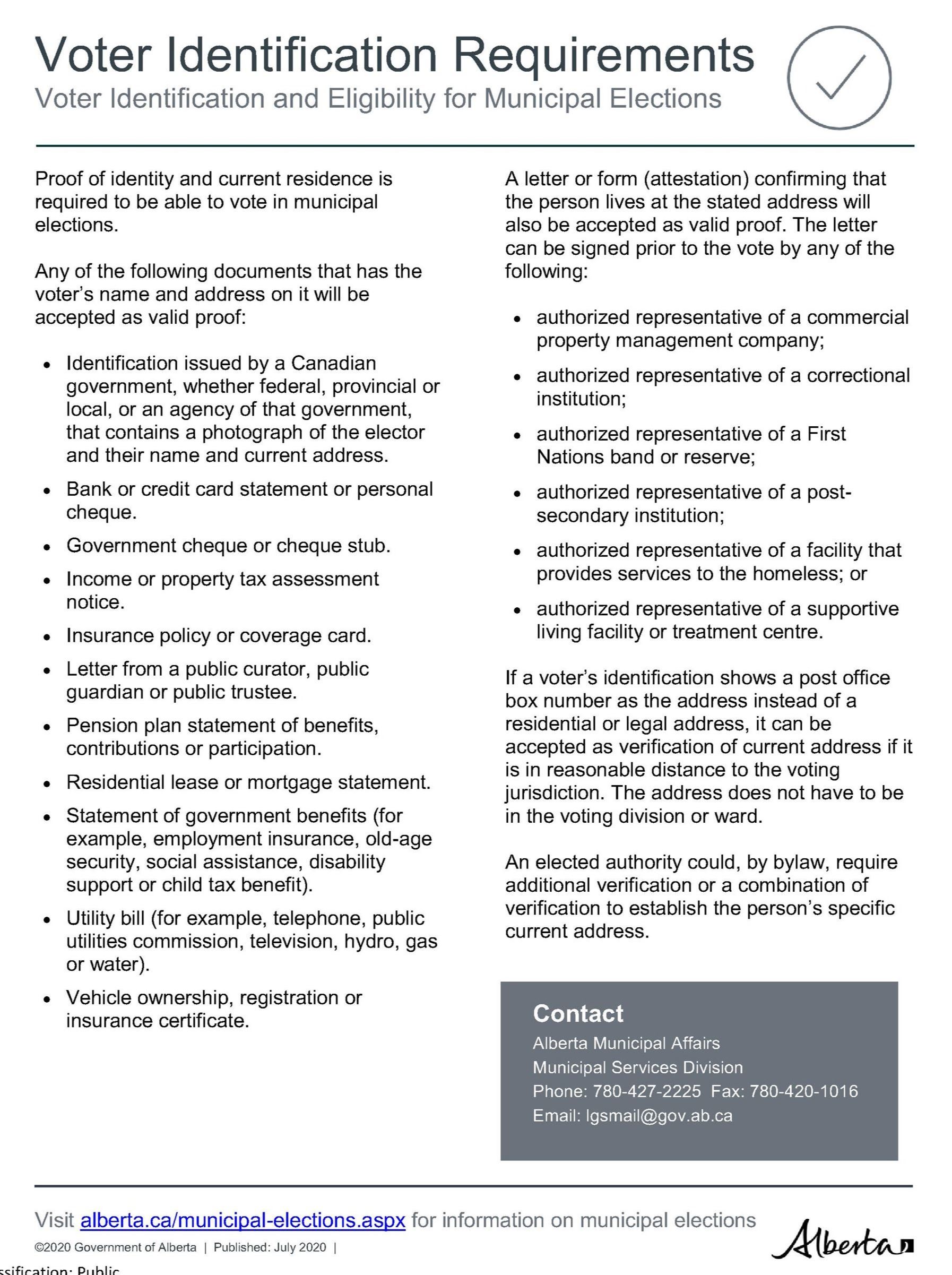 Check back for more information!